The light machinery plant hire business was established by the Bycroft family in 1979 and serviced mainly the Gold Coast area.

The business was then purchased in July 1985 and has grown in line with general growth on the Gold Coast and was renamed "Earthfleet" in 1989.

A large fleet of sub contract owner operators working under its banner, Earthfleet has become one of the largest plant hire organisations of its type in South East Queensland.

Servicing the construction, building and contracting industries and the "Do It Yourself" home handyman, Earthfleet has become a household name in and around the Gold Coast.

We offer a "one stop shop" for the builder or contractor wishing to source contractors or suppliers on the Coast. Industry wise builders use Earthfleet. As an added service, if we do not provide the item you are seeking, we will point you in the direction of someone who does. Plus to assist you even further, click here to visit an index of some of the contractors and suppliers servicing the building and construction industry on the Gold Coast. Our clients include local and state government nullities.

This waste management service is augmented by the bobcat fleet, with rubbish clean ups of certain sites more effectively and economically completed by bobcats/trucks. 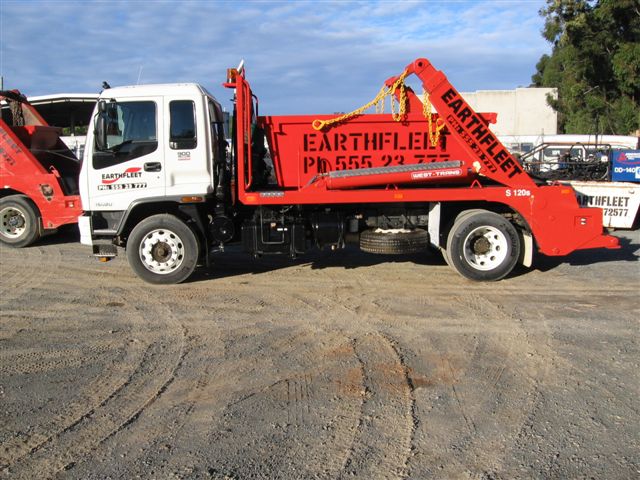